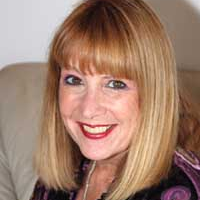 She owned her own music stores, Paulos Music, in Westwood at the age of 18.
As the first woman disc jockey on radio station KROQ in Los Angeles in 1972, Paulos
interviewed the legends of rock and roll.

Producer and host of hundreds of radio shows:

She also was the promotion director for KWEST Radio doing Hollywood premieres for
movies such as Star Wars, Jaws, Rocky Horror Picture Show as well as rock and roll
album release parties for recording artists such as Paul McCartney, Bruce Springsteen, Rod Stewart, Yes, and the Doobie Brothers.

In 1979 she co-launched a chain of new stations across the country and as part owner of KVRE in Northern California, she hosted the morning show and was the promotion and program director for the next 10 years. In l984, Cindy started her own TV show,
Tubeworks, on Channel 52 in Northern California, where she interviewed musicians, such as Jerry Garcia. In l989, Cindy moved to KAOI, Maui where she hosted the afternoon drive-time show. In l994, she hosted the TV show, Local Licks, interviewing local musicians, which ran for 4 years. She also hosted radio shows on KPOI in Honolulu. She has been an on-air host at KAOI, Maui for the past 26 years.

She hosts the longest running talk show on Maui on KAOI AM, and 96.7fm. She also hosts and mid-day show on KAOI Fm on Maui. She also does the morning show on the Buzz 107.5 Fm.

She is a travel agent and has had a Travel Show she Co-hosted on KAOI AM for years.
She has traveled extensively throughout the world, on many occasions visiting Egypt,
China, Greece, Japan, France, Spain, England, Thailand, Nepal, Tibet and many other
countries.

Cindy has been a voting member of NARAS, (The Grammys) for over 10 years.
Cindy has published 4 books:

“Put a Little Light in Your Life”
“The Travel Angel, A guide to reduce the stress of Travel”
“Angel Blessings”
“Ave Maria , The Queen of Angels”

And 5 CDs:
There is a Forever
Practicing Aloha
Angel Blessings
Arise Above Abuse
Ave Maria Queen of Angels

“Practicing Aloha” won the
Hawaii Music Award for in the Inspirational Category, and is nominated for a Hoku
By the Hawai’i Academy of Recording Arts Na Hoku Hanohano Awards.

All session by Cindy Paulos

Maui Radio and the Community