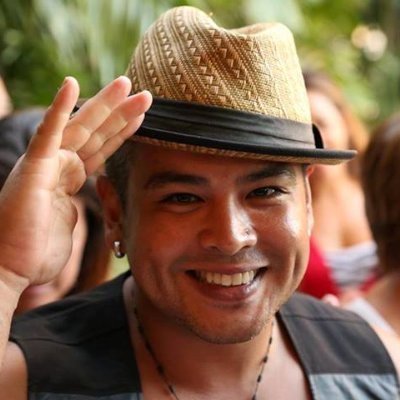 Jonathan Mack aka Jonny Mack was born Carnival Monday Morning directly into the entertainment world, on the tropical island of Trinidad and Tobago. The family business has been the presentation and production of the world’s second largest festival “Carnival.” Growing up in a home where business activities was a part of the daily routine Jonny Mack was creating marketing strategies and implementing sales programs for his father’s international marketing firm from the age of 13.

While at college he excelled in Economics and Business from the University of Cambridge advanced level examinations. He was the youngest Black Belt on the Island at the age of 10 and was the youngest player on Trinidad and Tobago’s men’s National rugby team. He was later recruited to play Rugby at UC Berkeley where he graduated with specializations in Business and Mass Communications. It was during his time at Berkeley where he created Angel Magik. The Company started off as entertainment coordinator for the only Bar on campus turning it into a full-scale nightclub with entertainment each night of the week catering to the Latin, Asian, Rock and Urban demographics.

Jonny Mack created an aura for himself in the entertainment world. He has been hired to host and DJ at the largest festivals in the West Coast, and been booked to host events at Nike Town and Scion. He expanded Angel Magik to Hawaii where he created 5 annual Festivals the Party of the Year, HSBP, Bob Marley Fest, Summer Sunspalsh, Surf and Roots Festival which are the largest festivals Hawaii has ever seen. He has leveraged Angel Magik where Record labels, Fashion Gurus, World renown artists such as Damian Marley and Sean Paul, Internet Giant such as Myspace, continuously request Angel Magik consulting. Jonny Mack is a networking maven continuously opening up new contacts and strategic alliances in the entertainment world. His specialty is creating and opening new markets quickly and efficiently.

Innovate Create>> Brand >>> Conquer: With two decades of entertainment expierence under his belt Jonny Mack created Cultur the world’s event guide to help empower the entire event ecosystem. Recently graduated from Blue Startups, Cultur has beta tested three different prototypes for the last two years. And with this user experience under Cultur’s belt, Cultur is set to launch December 31, 2016 at the 7th annual New Years Eve Party of the Year in Hawaii. Download the current Cultur beta at: www.cultur.events. Never miss out on an event again! #nofomo

All session by Jonny Mack

Building a Startup from Scratch